3rd November, "1938 - When we discovered we were no longer Italian". The documentary film by Pietro Suber in Ferrara 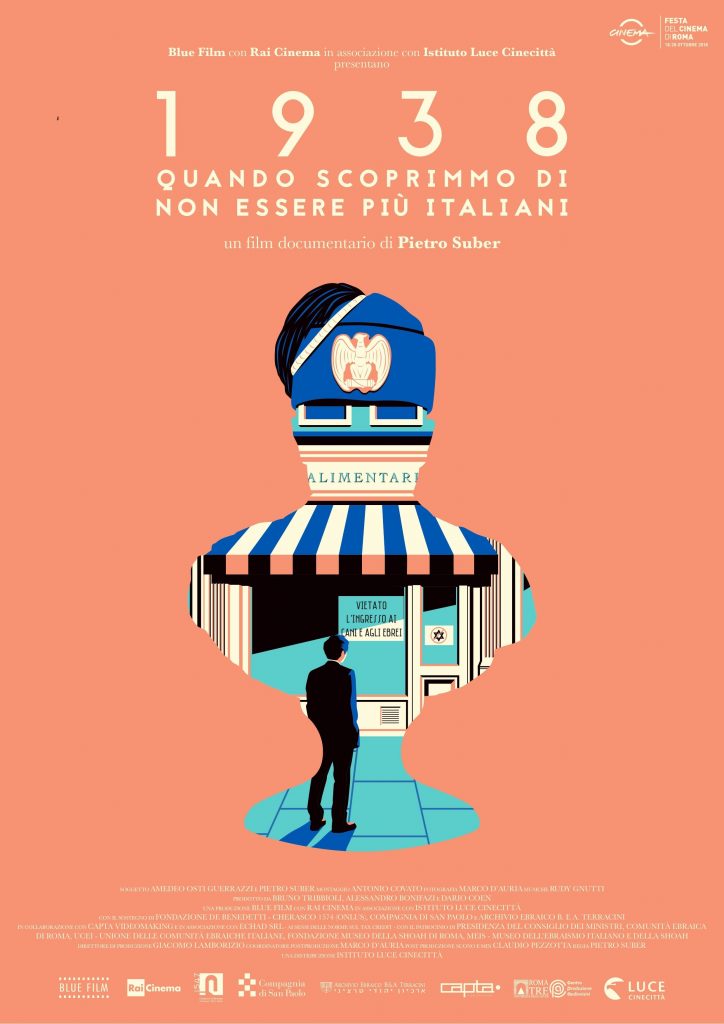 Saturday 3 November, at 9.00 pm, at Cinema Santo Spirito (Via della Resistenza 7, Ferrara), screening of “1938 – When we discovered we were no longer Italian”, the documentary film by Pietro Suber that MEIS presents and sponsors on the occasion of 80th anniversary of the promulgation of the racial laws.

The event is organized in collaboration with Istituto Luce, producer of the film, and with the Institute of Contemporary History of Ferrara (ISCO).

Dialogue with the director and Cesare Finzi, from Ferrara, one of the witnesses who appear in the film, presented by Anna Maria Quarzi, ISCO Director.

The documentary goes through the events that led from the anti-Jewish laws to the deportation (1943-1945) through five stories told largely by their direct protagonists. Thus we meet a family of fascist Jews (the Ovazza), massacred on Lake Maggiore in the autumn of 1943, a Jew from the ghetto of Rome, ‘Moretto’, who decided to fight against the persecution and managed to save himself by flirting with the niece of a fascist collaborator. Then Franco Schonheit and his parents, from Ferrara, all survivors of the Nazi death camps, a Jew from Fiume who escaped death by hiding in the home of a Vatican engraver, up to a family of alleged fascist delactors.

Therefore, it is not just the victims and those who have been persecuted who speak, but also the persecutors. With them other witnesses: that overwhelming majority of Italians who did not adhere to the racial laws but did not oppose them either.

The story proceeds also through archival images and public and private period documents, to end on what remains today of one of the most obscure periods in recent Italian history.

Journalist and documentary maker. After working for many years at “Matrix” (Mediaset), he is currently the author and editor-in-chief of “Viva l’Italia” (Mediaset), conducted by Gerardo Greco. He began his career with Rai Tre (“Un giorno in pretura” and “Samarcanda”), Rai Uno (for the programs by Sergio Zavoli) and writing for la Repubblica and Il Messaggero. Within Rai and Mediaset he has been involved in judicial and mafia news for many years. For “Moby Dick” (Mediaset), by Michele Santoro, he’s followed the conflict in Kosovo in ’99. Later he’s been on the wars in Afghanistan, Iraq, Libya and Ukraine (for Tg5). In 2004 he published Inviato di guerra. Verità e menzogne for Laterza on the manipulation of information during war times. In 2007 he won the Saint Vincent award with a report on sex change in Iran.

He has won the Ilaria Alpi award three times, the last in 2008 with a documentary on the economic crisis and the boom of psychoanalysis in Argentina. The latest documentaries (“Meditate that this has been”, “1938 – When we discovered we were no longer Italian”) are about the Shoah and the racial laws. Since 2013 he is vice-president of the Carta di Roma Association, which deals with the relationship between Italian media and immigration.