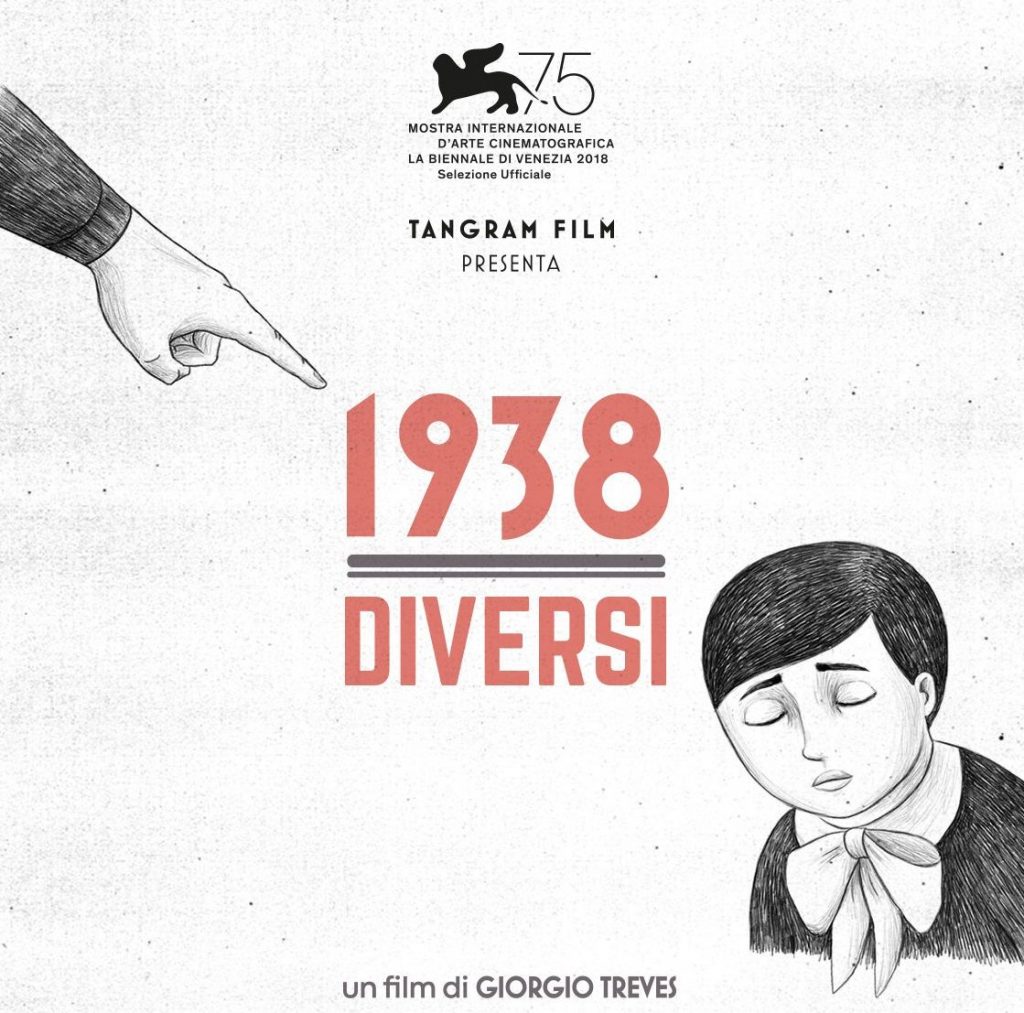 “Fascism can still return, in disguise. Our duty is to unmask it and to single out every new form. Every day, everywhere in the world” (Umberto Eco)

On the 75th anniversary of the raid of Roman Jews and 80 years after the promulgation of the racial laws, the National Museum of Italian Judaism and Shoah – MEIS, in collaboration with the Institute of Contemporary History of Ferrara, presents the documentary “1938 DIVERSI” directed by Giorgio Treves.

Monday, October 15 it will be screened for schools and on Tuesday 16 in the evening at 9.00 pm another screening has been organized for the general public at the presence of the director. Both events will take place at Cinema Boldini (Via Previati 18, Ferrara).

The film has been presented in the Official Selection – Out of Competition at the 75th Venice Film Festival, where it obtained a Special Mention at the HRNs Award – Special Award for Human Rights.

Eighty years ago, Italians have been pushed by fascist propaganda and with the promulgation of anti-Semitic laws to persecute of a minority attested in the country for centuries. Five years later, on Saturday, October 16th, 1943, the SS Captain Theodor Dannecker led the raid of 365 German soldiers into Jewish homes in Rome, which the racial laws had had helped to identify. 1,259 people have been arrested. 237 have been released while the other 1,022 have been deported to Auschwitz in cattle wagons. Only 16 returned home.

How was this possible? And how much do we know about it today? The documentary by Giorgio Treves, as the director himself will explain during both events in Ferrara, describes what impact the implementation of those laws had on the daily life of Italian Jews. A shameful page in our recent history in the voice of some direct witnesses and in the reconstruction, in animation, of several episodes of discrimination and humiliation that really happened.

The film focuses on the subtle mechanisms of persuasion put in place by fascism thanks to the effective and pervasive action of the Ministry of Popular Culture (MinCulPop). It shows the articles, cartoons, comics and movies with which, within a few months, the label stuck to the Jews changed from ‘different’ to ‘enemies of the nation’, and thanks to the contribution of historians, sociologists and communication experts it re-reads those events in the light of the decisive role played by mass media.

Giorgio Treves was born on May 3, 1945 in New York, where his family had to escape from racial persecution. After graduating in Economics and Businnes at the University of Turin, he moved to Rome to begin his cinematographic activity. Assistant director with Vittorio De Sica, Francesco Rosi and Luchino Visconti, he has written screenplays and a book and he works both in cinema and with tv and theatre. His debut was in 1972 with the short film K-Z. The first feature “La coda del diavolo” (The Devil’s Tail) earned him a David di Donatello award in 1987 as best debut director. Based on screenplay “L’attesa” – written with Remo Binosi and winner of the Performing Arts Award – in 2000 he directed “Rosa e Cornelia”, starring Chiara Muti, Stefania Rocca and Athina Cenci, that won him two Grolle d’Oro. In 1999 he was Artistic Director of the Asti Teatro 21 Festival and has been invited to be in the juries of international film and television festivals.