This is the multimedia show Through the Eyes of the Italian Jews, realized by Giovanni Carrada (author and curator) and Manuela Fugenzi (iconographic research).

A complex, rigorous project, the result of months of research and fine-tuning, this show provides a popular investigation into the role of prejudice, the origins of discrimination, the controversial bond with the Catholic Church, the great migrations of the Jewish people, the meaning of the ghetto, the participation of Italian Jews at crucial moments in the life of the nation, the pages of coexistence in both easy and dramatic times.

With the narrative rhythm of a clever, spectacular and engaging attraction, the tale seeks to intrigue the public, prompting the understanding that, in addition to the Shoah, there are many interesting dimensions to Italian Judaism, and that Jews have made so many fundamental contributions to the nation.

The enveloping experience that the installation evokes is produced by documents, works of art, prints and a narrator: throughout this reconstruction of the waxing and waning of the fortunes of Italian Jews, the visitors are invited to identify themselves with the precise historical circumstances.
Here, then, we walk in the uncomfortable shoes of a Jew deported to Rome after Titus destroyed Jerusalem and the Temple in 70 AD; or in the more comfortable shoes of a Jewish scribe in twelfth century Palermo where, being one of the few people able to read and write, he enjoys a privileged status.
Then we see the more difficult existence of a money lender between the fourteenth and sixteenth centuries, caught between the poor – who consider him a usurer – and the Commune or the Liege Lord – who forces special loans or extorts money from him.
Not to mention the tragic fate of a Jewish girl who, in 1938, sees herself robbed of her future. 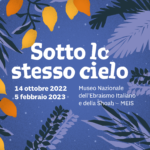 Under the same Sky 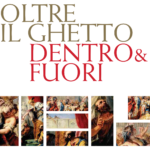 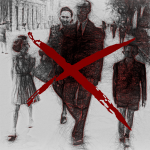 Permanent Exhibition
On January 17 2020, the National Museum of Italian Judaism and the Shoah-MEIS opened a permanent multimedia path entitled “1938: humanity denied”, curated by Paco Lanciano and Giovanni Grasso. This initiative was promoted by the Presidency of the Italian Republic with the contribution of the Italian Ministry of Education, University and Research-Miur and the support of Intesa Sanpaolo. Strongly supported by the President of Italy Sergio Mattarella, the exhibition was unveiled in 2018 at the Quirinale — on the occasion of the eightieth anniversary of the promulgation of the racial laws — and is the first part of the MEIS exhibition dedicated to the Shoah. Through the use of multimedia installations that gathers vintage images, films and documents, “1938: humanity denied” creates an immersive experience that brings the visitor into contact with the drama of the racial laws, social ostracisim, Nazi-Fascist persecution and extermination. At MEIS, the path conceived of by the two curators is expanded with a site-specific installation by the internationally renowned Israeli artist Dani Karavan, created to remember the Italian experience of the Shoah. Already the author of several international works — Sinti and Roma memorial in Berlin, Way of Human Rights in Nuremberg, Homage to Walter Benjamin in Portbou and Way of Peace in the Negev —Karavan was the protagonist of the MEIS exhibition entitled “The Garden that doesn’t exist”. 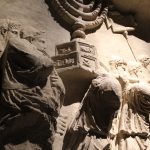 Permanent Exibition
With “Ebrei, una storia italiana” (Jews, an Italian story), the MEIS recounts the experience of Italian Judaism, describing how it formed and developed along the Peninsula — from ancient Roman times to the Renaissance — and how it engineered its own identity, unique even when compared to other places in the Diaspora.