The Renaissance at MEIS. Summer program 2019 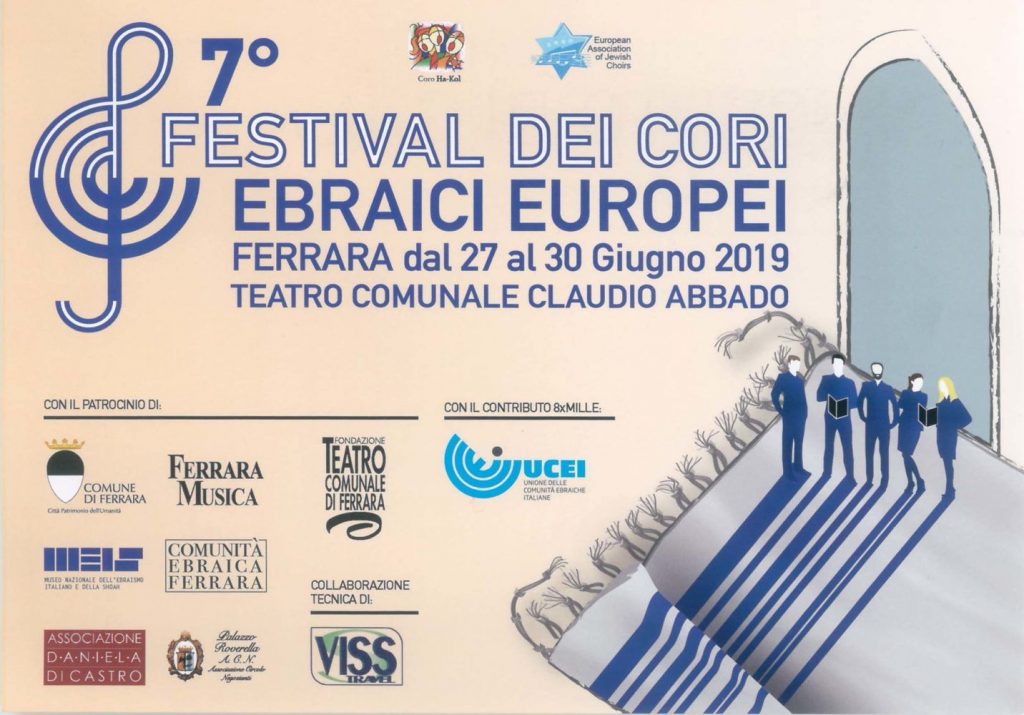 The exhibit, curated by Giulio Busi e Silvana Greco, addresses one of the key periods in the cultural history of the Italian Peninsula, a time that was decisive in forming the Italian identity. And it reveals a completely original aspect: the presence of the Jews and the fruitful dialog with the Christian majority.

Significant texts written in Hebrew surprisingly appear in such paintings as The Holy Family and the Family of Saint John the Baptist by Andrea Mantegna, the Birth of the Virgin by Vittore Carpaccio and Christ Disputing with the Doctors in the Temple by Ludovico Mazzolino, Elijah and Elisha by Sassetta. Even the illuminated Hebrew manuscripts such as the Guide for the Perplexed by Maimonides, or Italy’s oldest wooden Holy Ark and the extremely ancient Torah Scroll of Biella, still used today in the synagogal liturgy, bear witness to the fact that, during the Renaissance, the Jews were there, right in the front row, active and enterprising. In Florence, Ferrara, Mantua, Venice, Genoa, Pisa, Naples, Palermo and Rome. At times welcomed and well accepted — and not merely as secondary players, money lenders, doctors and merchants, or the object of prejudice. They were exponents of times encompassing multifaceted experiences, times of meetings and conflicts, times of harmony and harsh clashes

Day in memory of Gianfranco Moscati, collector of Jewish artefacts and benefactor:

MEIS and the “G. Frescobaldi” Conservatory of Ferrara present the concert:

The historian Giacomo Todeschini presents his work on the role the Jews played in Medieval Italy (Carocci editore, Milan, 2018).
Introduced by the Director of MEIS, Simonetta Della Seta, Todeschini dialogues with Anna Esposito, professor of Medieval History at Sapienza University of Rome.
If, from the fourth to the eleventh century, despite controversies regarding conversions, the Jews were indeed one of the groups comprising the complex, multi-centric reality that was Italy from the twelfth century to the end of the Middle Ages, this relative normalcy gradually morphed into a minority condition.
Historiography has represented Italian Jews, above all, as specialized in interest-bearing loans and public usury, but, prior to the Christianization of the peninsula, they actually worked in numerous professions and yielded an intense production of cultural, literary and legal works.
The Jewish component of Italian society, therefore, spent the ten centuries of the Middle Ages interacting with the Christian majority and the élite of society in an ever-changing relationship. And reconstructing the history of the Jews of those times means reconstructing a piece of Italian history

Ippolita Morgese introduces Nessuno sa di lui (Le Lettere, Bagno a Ripoli, 2018) which reads like a novel, recounting the public and private story of Carlo Pitti, the magistrate entrusted with establishing the Jewish ghetto in Florence (1571).
Introduced by the Director of MEIS, Simonetta Della Seta, the author dialogues with the poet and literary critic Alba Donati.
Thanks to the discovery of Pitti’s private archive, Morgese reconstructs the milieu of those times, the practices, family traditions and customs of life in the second half of the sixteenth century, the time that marked the end of the long Florentine Renaissance. The book written by the archivist and paleographer is a docu-fiction full of unpublished data, intrigues, settings and authentic anecdotes about a key mover and shaker in Medici-dominated Florence

On the occasion of the Festival, being held in Ferrara for the first time, the MEIS hosts a performance by the 40-member Vienna Jewish Choir, the 23-member Ensemble Choral Chopernic of Paris, 35-member Les Polyphonies Hebraiques de Strasbourg, 46-member Zemel Choir of London, 20-member Coro Ha-Kol of Rome and the 14 musicians of the Shtrudl – Band of Lviv.
The event is organized in collaboration with the “Claudio Abbado” Municipal Theater of Ferrara, where the choirs will hold evening concerts from the 27th to the 30th of June.
The Festival is sponsored by the City of Ferrara, Ferrara Musica, the Jewish Community of Ferrara, the Daniela Di Castro Association and Associazione Circolo Negozianti Palazzo Roverella

Andreina Contessa, Director of Museo Storico e Parco del Castello di Miramare, presents her work, edited by Giuntina (Florence, 2017).
For nearly eight years, chief curator of the U. Nahon Museum of Italian Jewish Art in Jerusalem, Dr. Countess tells a brief history of the Judaism of Mantua through its artistic production and ancient sacred objects, now largely scattered throughout the world.
Following one of the world’s oldest Holy Arks on its travels from Mantua to Jerusalem, the author reveals the history of the Mantuan Jewish community, opening up unexpected horizons for Jewish artistic patronage in Italy, particularly for women. Following in the footsteps of the donor of this ark, she explores the stories of all Mantuan arks today found in Jerusalem.
In the appendix, a selection of the objects, documents and posters sheds new light on the Jewish way of life in the city of the Gonzaga, home of one of the most animated, most glorious Jewish communities of Renaissance Europe.
Conversations between Dr. Contessa and the Director of MEIS, Simonetta Della Seta

Interactive workshop with three descendants of the  Abravanel family – Daniela from Mexico, Michela from Trieste and Nicole from Paris – who gather in Ferrara to talk about cabala, science, poetry and music.
Afterwards, a special performance by actress and singer Evelina Meghnagi dedicated to Dona Gracia Nasi: one of the most powerful Jewish women of the Renaissance, she managed to have her way with the Inquisition, cope with the friendly fire of family intrigue and establish herself as a successful entrepreneur, social philanthropist and cultural promoter, without ever abdicating her deep roots founded in Judaism