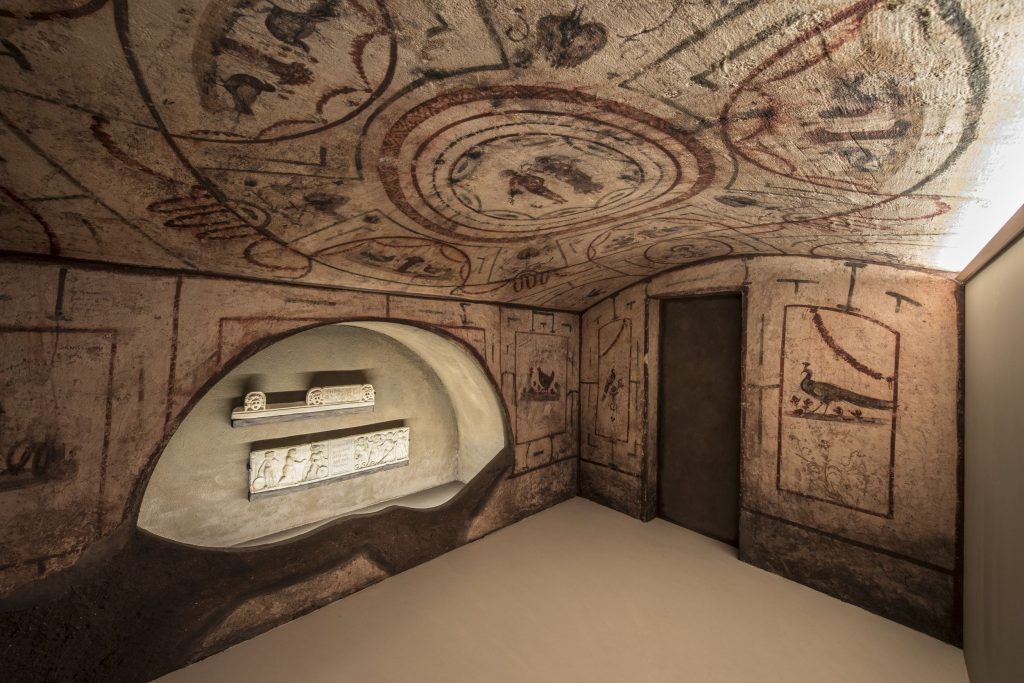 From the 2 of October the exhibit Jews, An Italian Story of the National Museum of Italian Judaism and the Shoah is confirmed in its main themes and in the first thousand years. MEIS reopens with a new layout, marked by the presence of many works already on display. In fact, thanks to the generosity of the lenders, more than half of the objects exhibited from December 2017 are still at the Museum in order to define its permanent storytelling.

“Jews, An Italian Story. The First Thousand Years” is about the unique features of Italian Judaism: it describes how it was born and how it developed in the Peninsula from Roman to Middle Age, and how it formed its own unique identity, different from all other places in the Diaspora. Through the video  contributions of some experts, rare and valuable objects, immersive pauses, multimodal inserts, reconstructions (Jerusalem Temple, Arch of Titus, Jewish catacombs, Ostia’s and Bova Marina’s synagogues), sounds and songs, the exhibit pinpoints the places of origin and the subsequent scattering of Jewish people. It also follows the courses of the exile to the Western Mediterranean. It documents the stay in Rome and in Southern Italy, it talks about migration, slavery, integration and religious intolerance in relation to the Pagan and the Christian world. It retraces the Early Middle Ages, the political climate characterized by the domination of the Lombards, Byzantines and Muslims, and then the creation of a Jewish culture all over the country.

But MEIS is already working on the part of the path focused on the Renaissance, with an exhibition of excellence, The Renaissance speaks Hebrew, curated by Giulio Busi and Silvana Greco (opening scheduled for March 15, 2019) and, again first, on the temporary exhibition “Il Giardino che non c’è”, dedicated by the artist Dani Karavan to Giorgio Bassani’s novel “Il Giardino dei Finzi-Contini” and to the city of Ferrara (from 31 October 2018 to 10 February 2019).

To accompany the exhibitions, the numerous cultural events of the MEIS calendar.