Thanks to MEIS, Ferrara is the capital of over 40 countries involved in anti-Semitism and the Holocaust 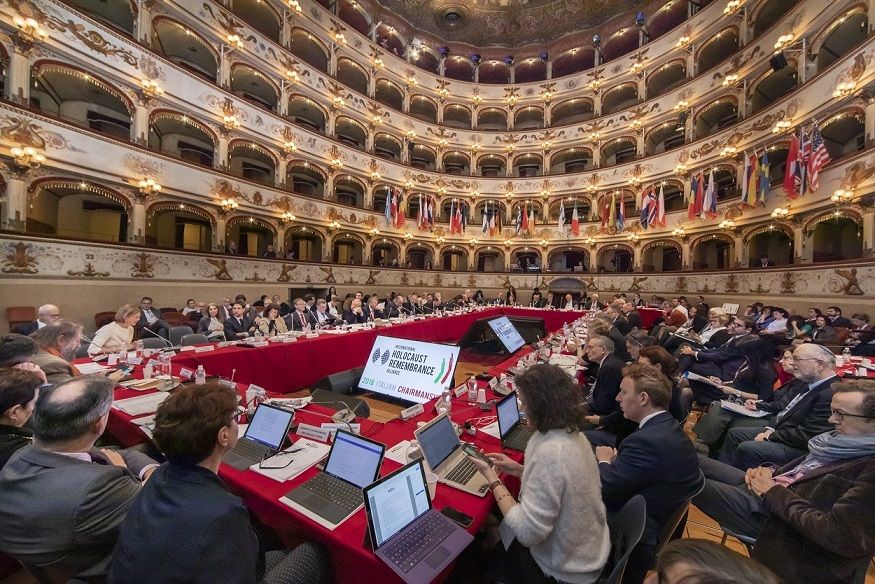 “The most important fight, today, is the one against the distortion of the Holocaust, or the invention of a not true past. Many countries compete to tell us how much they fought against the Nazis, but in those same countries there were many collaborators. The extermination of the Jews, it is true, was conceived by Germany, but without the collaboration of so many forces in the occupied countries, it would not have been entirely possible. Without them, the Shoah, this species of Everest, of unprecedented tragedy, would not have been there. IHRA has a huge responsibility to watch over protecting that historical truth”.

With these words historian Yehuda Bauer, the maximum world expert on Holocaust, opened the last day of the four days plenary held by IHRA in Ferrara, the second organized by the Italian chairmanship. And his words enclose IHRA’s mission.

Three hundred delegates from more than forty states, historians, representatives of governments, ambassadors, heads of Holocaust Museums from all over the world, representatives of the Auschwitz-Birkenau Museum, of the United States Holocaust Memorial Museum, of the Simon Wiesenthal Center in Los Angeles and directors of many national Centers of Contemporary History have arrived in Ferrara thanks to the initiatives of the National Museum of Italian Judaism and the Shoah, a place with a narrative centered on the value of life and on human rights. A Museum that delegates visited with great interest during the plenary.

MEIS also actively took part in the work of the assembly, in particular in the Memorials and Museums Working Group through its Director, Simonetta Della Seta, in the role of Head of the Italian delegation.

In the organization of the event, with the summits that went along with some significant collateral events – from the visit to the concentration camp in Fossoli and the Museum to Deported in Carpi to the world premiere of the documentary by Ruggero Gabbai “We were Italians” – the Municipality of Ferrara played a fundamental role. “Mayor Tagliani and the City Council – underlined Della Seta – have believed since the beginning in this international opportunity offered to the city and have made available to the IHRA the beautiful halls of the Residenza Comunale, the Castello Estense with the Imbarcaderi, until the grand finale in a Teatro Comunale that has been re-organized for the occasion. All delegates were thrilled to work in such great settings”. “Now Ferrara has 300 prominent ambassadors all over the world” – commented Ambassador Sandro De Bernardin, IHRA Chair during the year of the Italian Presidency.

A contagious enthusiasm that has touched also the almost four hundred students of the Institute of Higher Education “Orio Vergani”, engaged in an unprecedented challenge: preparing and serving an entirely kosher dinner to the IHRA guests under the guidance of chef Laura Ravaioli, reviving traditional Jewish recipes, including some left by deported women. A dinner of great importance and impossible to forget, as pointed out by President of MEIS, Dario Disegni, who attended the gala event together with Prefect Michele Campanaro and other authorities.

During the closing plenary meeting at the Theater there has been an ovation to the host city and to the MEIS, and two important announcements: the EU has become a permanent partner of the IHRA, officially adhering to its mission, and Bulgaria has been accepted as full member of the Alliance, becoming the thirty second country engaged in fighting anti semitism within IHRA.